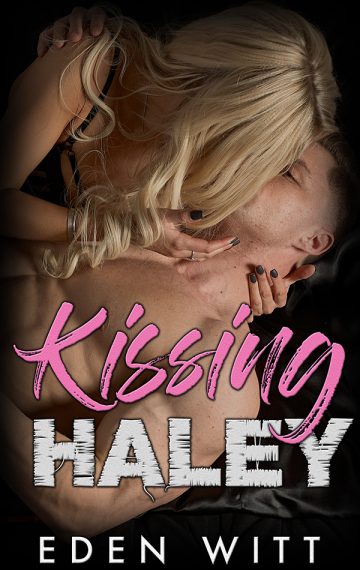 Book 1 in the College Secrets Series

Haley’s crush on her handsome boss and professor is nothing more than an innocent fantasy. Until one night, alone in her bed, something shatters the wall restraining her own carnal needs. Desire floods out in a torrent, sweeping up friends, strangers, and one Cameron Little. Her boss. Can she break through Cam’s own restraints before her newfound needs push her over the edge?

I’m what anyone would call a typical second-year college girl. I go to my classes, party a little, have a casual boyfriend, and live in a house with two other girls, the redhead twins Allie and Amber. Things are rolling along just fine… until that night.

I’ve listened to my best friend Allie have sex in the room next to mine more times than I can count. Like five nights a week. On a slow week. It’s never been anything more than a source of amusement. Until one night, in my own bed, I snap.

An unexpected fire ignites inside me. It triggers an impulsive moment the next morning with Cameron Little, a man I’ve crushed on for a long time. It triggers all sorts of naughty moments, actually. Did I mention Cam is my boss in the department I work part-time in? Or that he’s a professor at my university? Yeah, that could be a problem.

I’m one of those laid-back college lecturers that avoids the drama of this town and just gets the job done. I behave myself around the students and keep them out of my social life, much to the chagrin of my morally-challenged best friend Colin. I’ve just ended things with the secretary I’ve dated for the past year, and I’m in no rush to get into that sort of commitment again.

Then Haley Mercer does one little thing. The pretty little blonde I’ve never paid much attention to around the department. She’s a student which means she’s off-limits to me. She’s always kept to herself and done her job, a lot like me. Until that morning. It’s just a kiss. One taste of those soft little lips.

I never had a chance, did I?